As chicken keepers, we all daydream of our ideal chicken setup.  An acreage with plenty of space for the flock to free-range (and it is predator-free). A variety of chicken breeds so the egg basket will display a natural rainbow of colors. And for the comfort of the flock, a palatial chicken coop with ample room for roosts and nest boxes.  Plus, it is well-ventilated with self-opening windows. 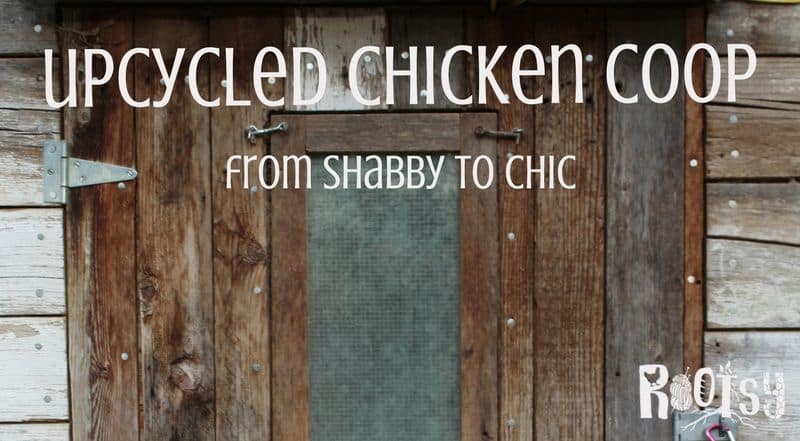 But reality hits and the daydream begins to shatter.  I do not have my dream acreage nor large chicken coop, but instead, a medium-sized coop that fits easily in the urban backyard and keeps our hens warm in our harsh winters.. And to take reality one step further, money was (and still is) an issue.  The coop was not ordered from an upscale website, nor selected from a glossy magazine.  It is a modest structure that was built from mainly recycled, reclaimed, upcycled materials. My reality met my wallet: What I could afford was an upcycled chicken coop.

Before you set to build a chicken coop from upcycled materials, investigate where you can acquire inexpensive building materials first.  For our chicken coop, we made use of at least three of options listed below. 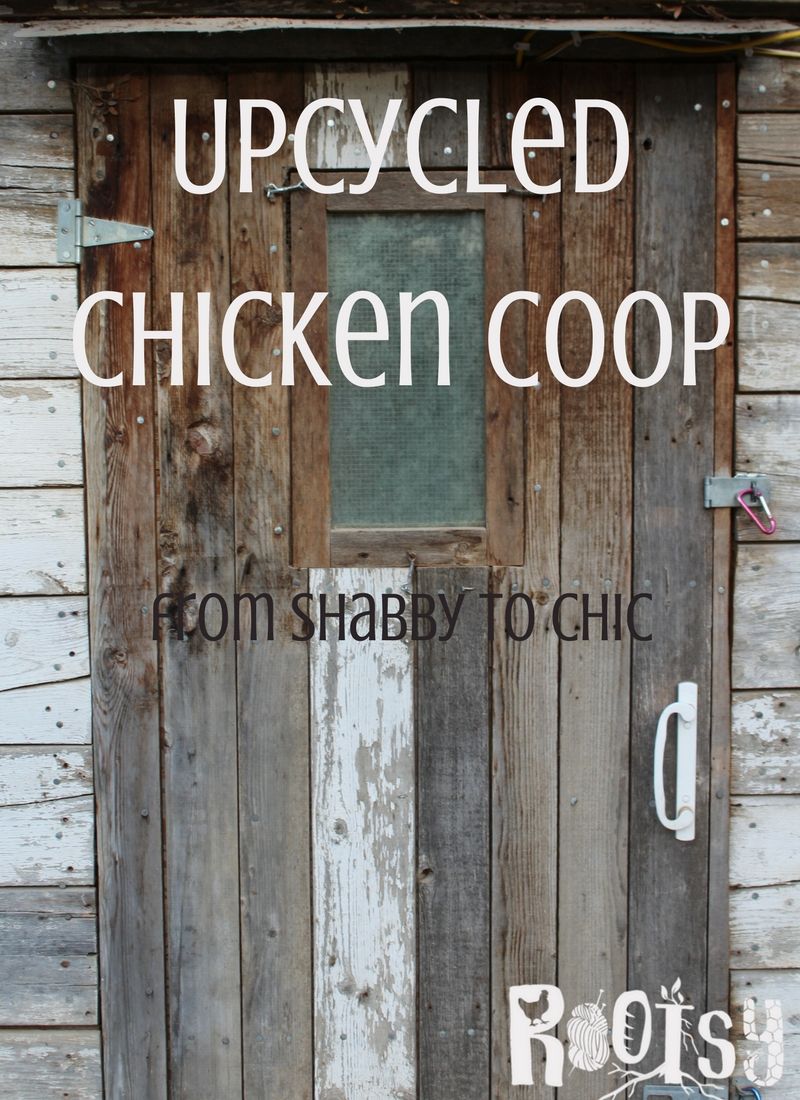 Where to get Upcycled Building Materials

Money was the biggest issue when it came time for a backyard chicken coop.  Given the size we wanted, a commercially produced coop would have cost upwards of $1000.  However, our reality did not even let that be an option.  Fortunately, seeking out free or inexpensive materials is fairly easy in our community.

The first step was checking out FreeCycle.  As the name implies, items listed on the site are free.  We were fortunate in finding a listing for an ‘animal shed’.  We said we would take it sight unseen.  When we arrived, it was a dilapidated wooden outbuilding that had housed sheep back in the 60’s.  Granted, we made a couple of trips to the landfill as the roof was rotten as were many of the exterior boards.  But with some hard work, we were left with enough board wood that we could upcycle into a completed chicken coop. 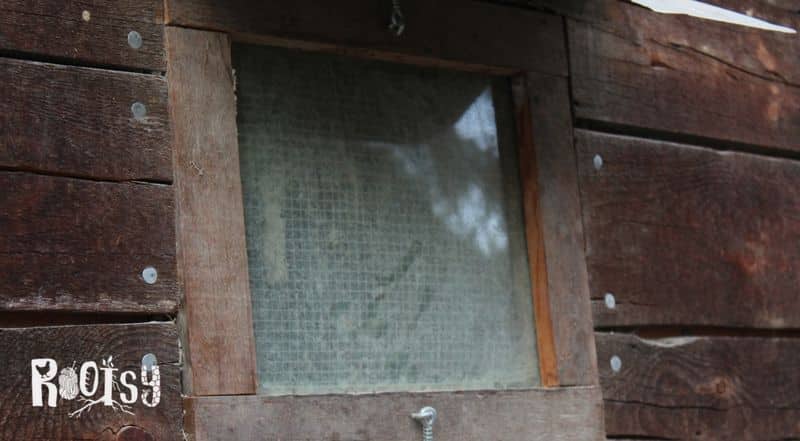 Next, the top layer of roofing for the coop came from some friend who had just shingled their house.  As luck would have it, there were just enough extra shingles for us to finish off the top of the coop. (Our upcycled chicken coop is slowly becoming a reality).

With the exterior complete, we then visited a local eco-thrift store.  We sorted through various materials and ultimately selected a shower rod which would become a roost, a shower door handle which would become the main coop door handle, laminate peel-n-stick flooring to cover the floor of the coop, carabiners for the door latches, and then some egg-n-dart trim for a nice finishing touch below the lid of exterior access to the nest boxes. 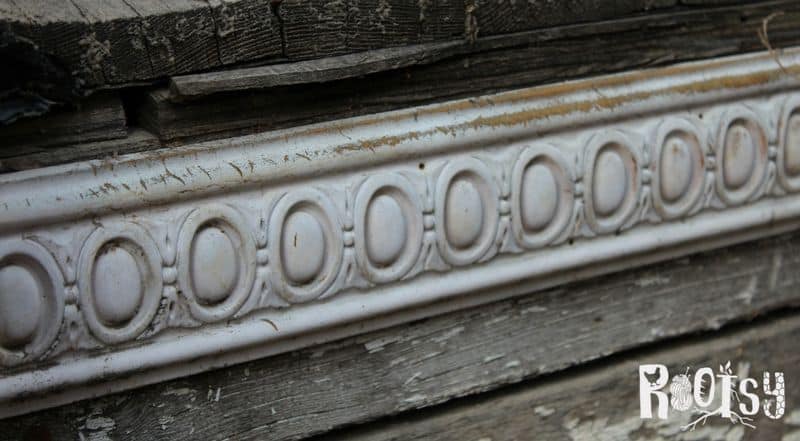 In the end, we spent about $100 dollars to construct a 6′ x 8′ chicken coop (with storage area), and an attached 8′ x 10′ chicken run.  Most of the money went towards the hardware cloth for the chicken run and the 2″ x 4″s used to finish framing the coop as well as the entire run. 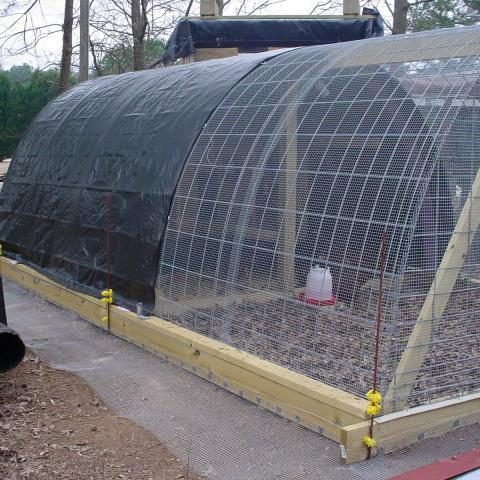 Use cattle panels to build a permanent diy chicken coop. 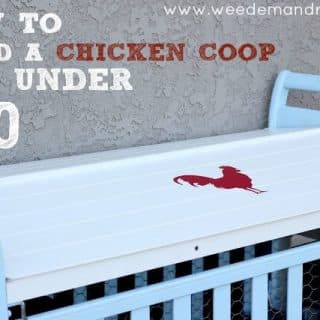 Use use a baby crib to build an inexpensive diy upcycled chicken coop. 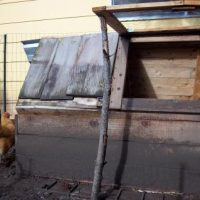 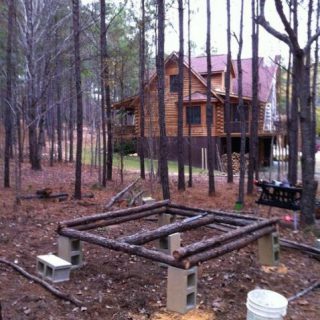 If you have access to logs, use them to build a sturdy diy chicken coop. 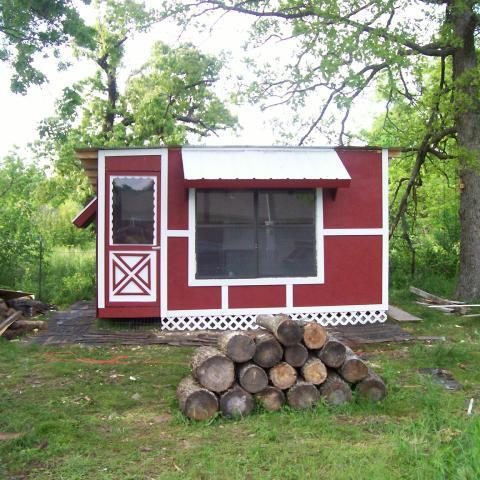 Use pallets to upcycle an old shed into a diy chicken coop! 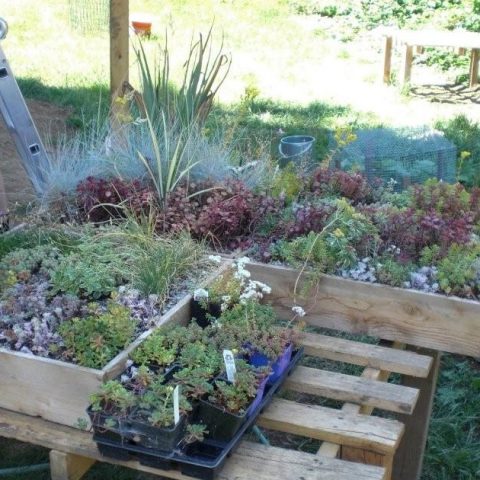 Turn the top of your diy chicken coop into a rooftop garden with this tutorial. 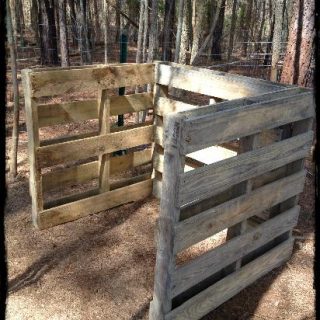 This is an incredibly easy and cheap way to make a diy chicken coop with repurposed items. 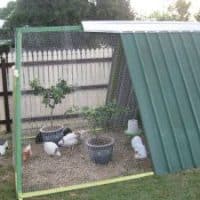 The girls have new home…

Turn the kids' old swing set into an upcycled chicken coop in an afternoon. 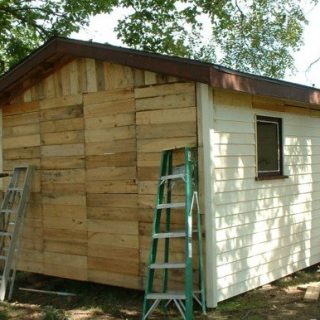 Noone will believe that your stylish diy chicken coop was made with pallets when you follow this tutorial. If you have access to vinyl siding it all the better, but it's not necessary. 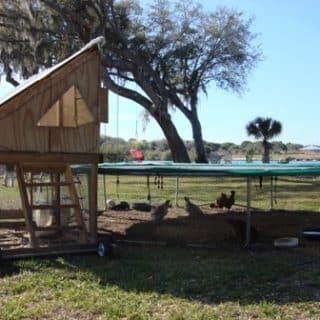 Who knew a trampoline could be used for more than just jumping - it can also be part of a diy chicken tractor! 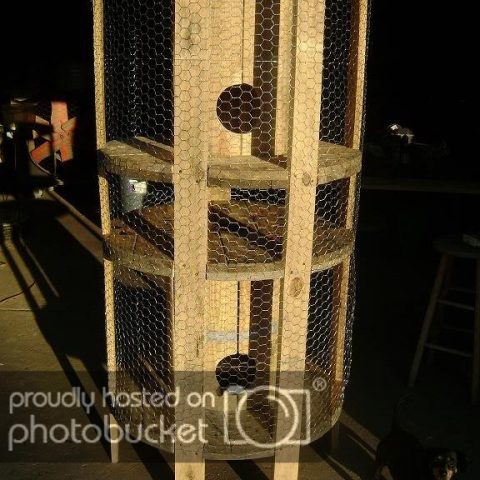 Wooden spools are great for so many outdoor projects, including making a diy chicken coop. 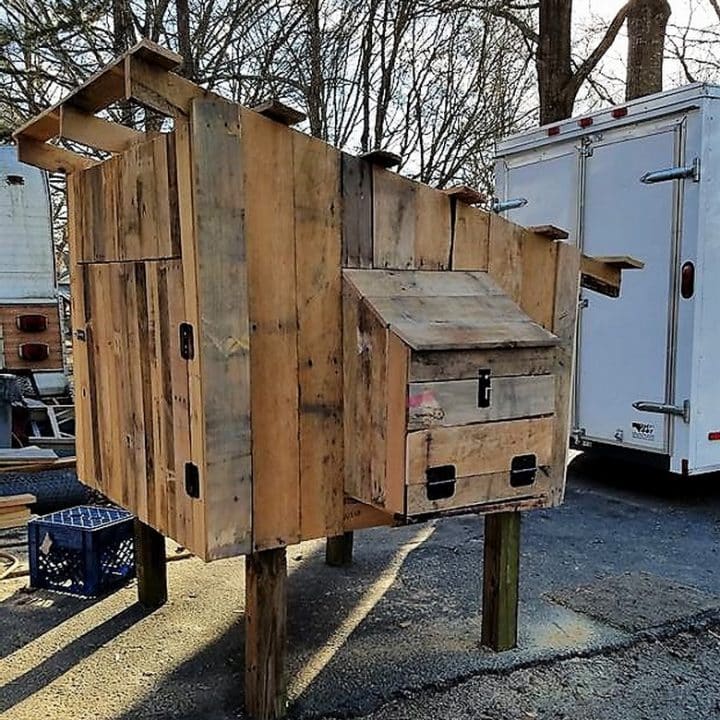 Another diy chicken coop made from free wooden pallets - truly, the options are endless.

Instead Of Tossing Kids’ Old Play Set, Mom Transforms It Into An Incredible Hen House

Use the kids old playhouse to create a fun upcycled chicken coop for your hens.

Let's not forget the baby chicks. They'll be cozy in this curio cabinet that's been upcycled in to a chick coop.

Upcycling takes a bit more time but it’s worth it. Would you build a diy upcycled chicken coop?

would be nice to see pics of the finished coop.

While there is not an overall, single picture of the completed coop, the individual photos are indeed of the finished coop.