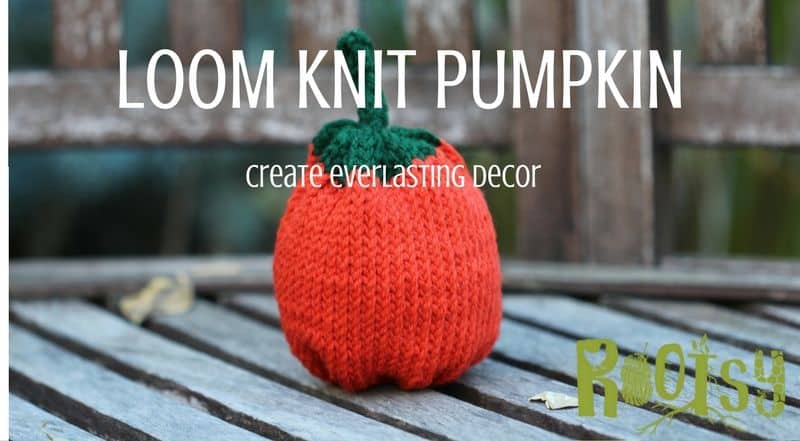 On a cool fall day, I can think of nothing that I would rather do than to curl up on a chair with my knitting loom. Especially in keeping with the season, I select a partial skein of orange as well as an even smaller skein of green. At this moment, it is all I can do to suppress a giggle. It is time for a  loom knit pumpkin! A soft, squishy pumpkin that can be used year after year as fall decor.

This loom knit pattern is wonderful for beginner loom knitters. I’ll show you step by step how to make your own fluffy loom knit pumpkin. Fall is such a great time for crafting, here are some other fall craft ideas for the whole family.

Learn more simple living skills by signing up for the Rootsy Community Newsletter.

* NOTE: if you are an intermediate or advanced knitter, you can adjust the pattern to accommodate looms with different peg counts. But keep in mind that this pattern and 50 peg loom will create a pumpkin with a dense knit. Personally, I like a dense knit so the stuffing won’t show.

*** ALSO NOTE: the specific yarn brand and color name that I used are unknown as the yarn was purchased at a garage sale with missing labels.

This pattern is knit in the round on a loom. 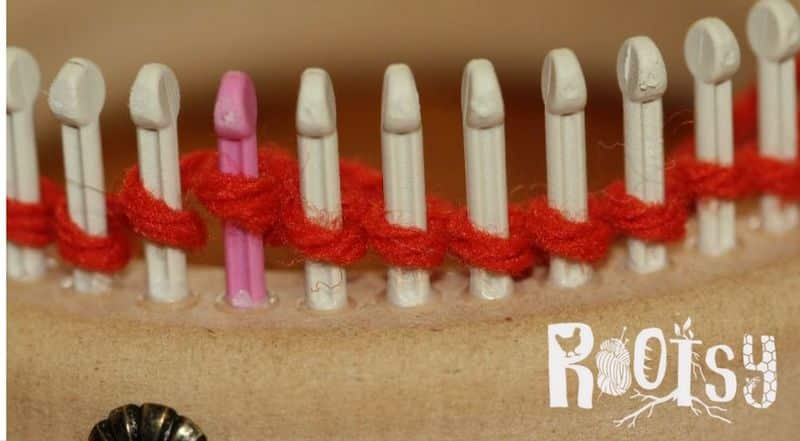 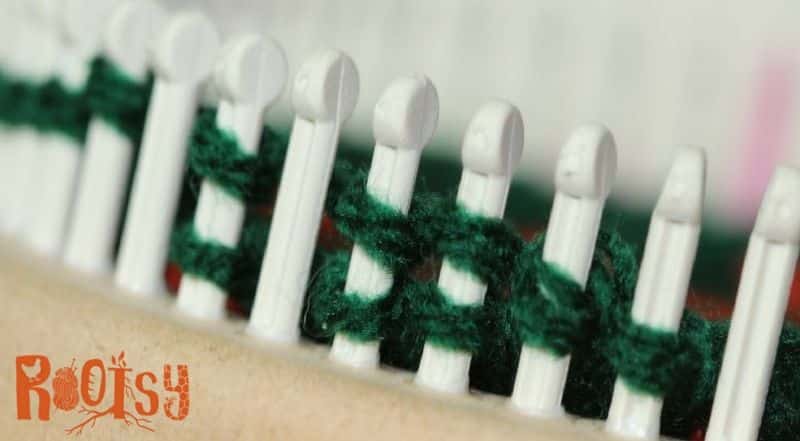 slip yarn behind peg on loom 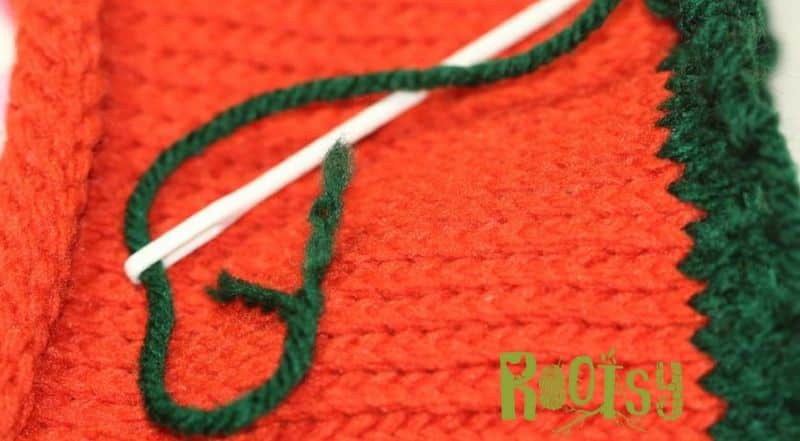 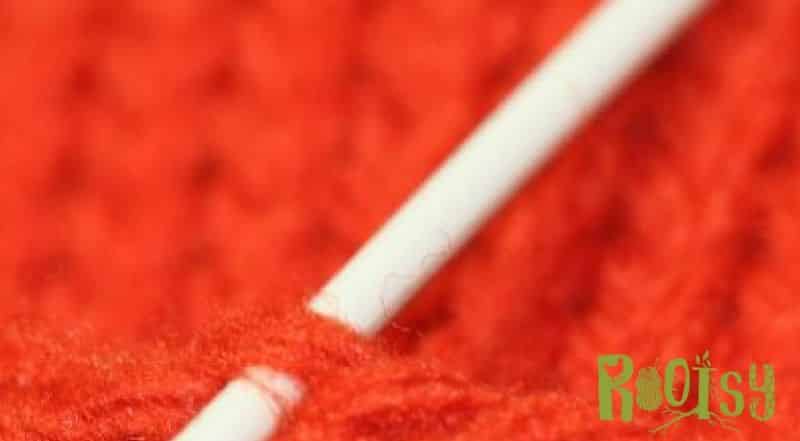 thread cast on loops with yarn

Congratulations!  You have just created a loom knit pumpkin!

At last, you now have a loom knit pumpkin! By making this craft, you will always have a pumpkin on hand to dress up the autumnal table.  Most of all, this pumpkin won’t rot with age, or become a shrunken, moldy mess as the days inch closer to Halloween. So go ahead, have some fun and make a loom knit pumpkin!

Will you make a loom knit pumpkin this season? 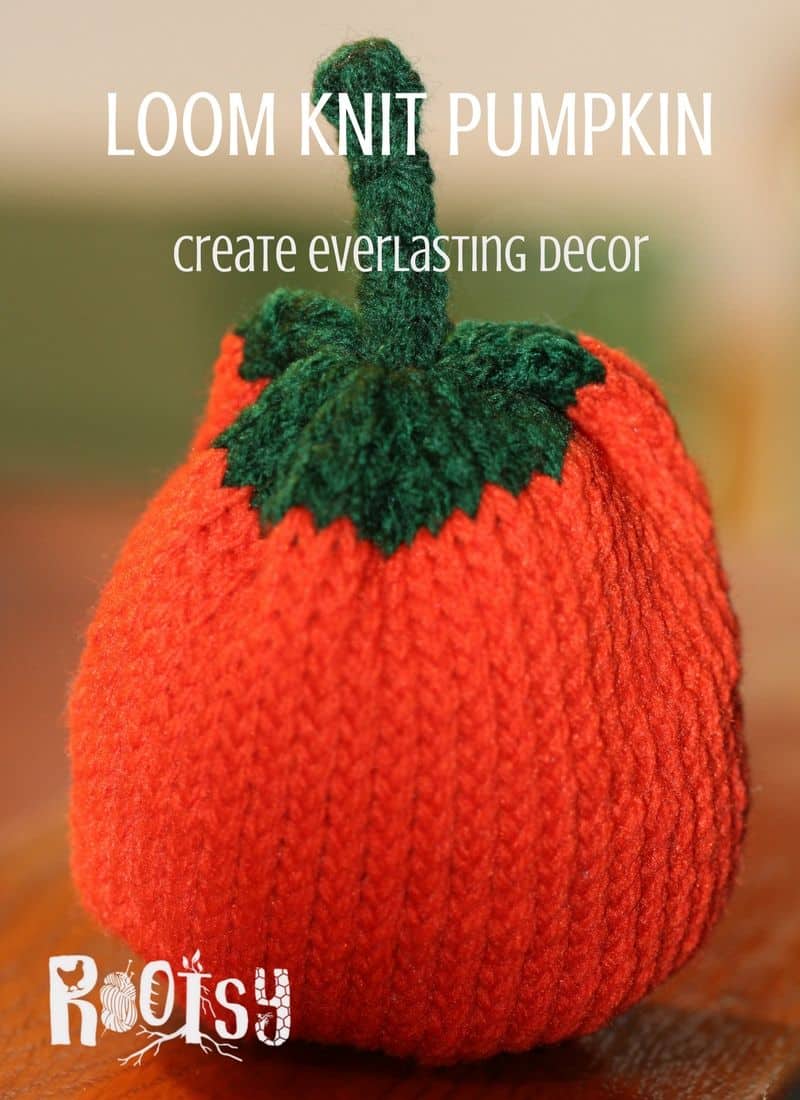